Recently realized works include the BMW showroom on avenue George V in Paris, the Museum 360 (Tag Heuer) in Switzerland, the Louis Vuitton Champs Elysées building and the Celine store on avenue Montaigne in Paris as well as the LV Roppongi and LV Omotesando stores and the Celux club in Tokyo. He also designed the LV store in Nagoya and a number of Residences.

Exhibitions of recent works include “Logique / Visuelle” in Tokyo and “Inclusive” at the Aedes Gallery in Berlin and Milk Gallery in New York. Eric has also participated as lecturer and guest critic at Harvard University, the University of California at Berkeley, Tulane University in New Orleans and the Architecture Association in London. PIERRE MARESCAUX
Pierre Marescaux graduated from the school of Architecture Belleville in Paris, France and went on to Italy to practice professionally in Genova focusing on high-end private residences and in Milan working with Giorgio Armani SPA on luxury retail boutiques.  After nine years working with CARBONDALE in Paris directing numerous international projects including the 360° Museum in Switzerland, a private residence in Tokyo, the Iguatemi Shopping Center in Sao Paulo as well as brand stores for TAG Heuer, Longchamp and BMW Pierre became an Associate in 2015. 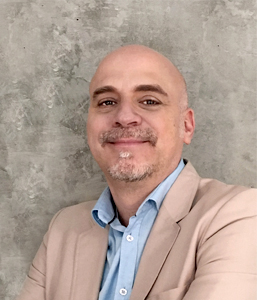 RODRIGO BONGIOVANI ROCHA
Born in São Paulo (Brazil), Rodrigo studied Project Management at McGill University in Montréal and received his degree in Architecture and Urban Planning at the Faculdade de Belas Artes in São Paulo.  He went on to acquire an MBA in Facilities Planning and Management from the SENAI in Brazil and has achieved the LEEDS AP Certification from the US Green Building Council for Building Design and Construction.  Professionally Rodrigo has worked in Santa Barbara California, Montréal and São Paulo on a wide range of projects including residential, commercial, restaurants, high-end hotels and luxury retail.  Since 2013 Rodrigo has been working with CARBONDALE Brazil based in São Paulo and is the Associate Partner in charge of administration and construction management. In memory of Pierre Tortrat, an Associate Architect at CARBONDALE for more than 7 years. In his time Pierre was influential in the realization of numerous works across the globe and his friendly, engaging character defined the spirit of the office. Pierre was a colleague and a friend.  He is dearly missed.